The day finally arrived. It was the 16th of February, 2014, Zircon Marine’s much awaited art exhibition The Art|Energy! Zircon Marine had been planning for this day for weeks; phone calls, emails, invitiations had all been made and sent out and the day had finally come and with it came the guests.

The Saatchi gallery in Chelsea London looked beautiful, as the amazingly interesting work of Lemi Ghariokwu hung from the walls. Lemi’s works on display were inspired by his work and relationship with the great Fela Anikolapo-Kuti. His collections were a depiction of Fela’s struggle for democracy, equality and freedom from mental slavery through his music. Fela’s messages were being told by the canvas and paintings of Lemi Ghariokwu who is the artist responsible for over 30 of Fela’s album covers.

The night revealed creativity, eloquence, excitement and lots of knowledge sharing as the champagne began pouring and guests began socializing. We had the honor of hosting over seventy people with whom we have existing and hopefully future business relationships with from companies such as Mocooh, Oando, Taleveras, Ascon, Sahara etc.

It was indeed a wonderful event and the night closed out with a vote of thanks given by Belynda Okoye, wife to the Late Ik Okoye, in whose memory the event was being held in. The| Art Energy outdid itself and one of the most rewarding parts of the night was knowing all our guests had a fantastic time. We thank you all for your support and look forward to hosting you next year. 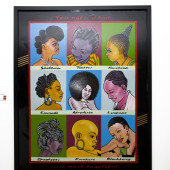 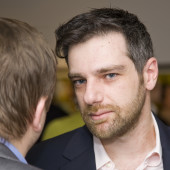 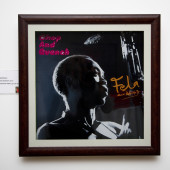 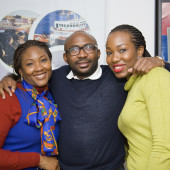 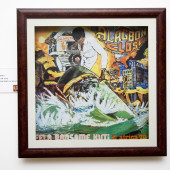 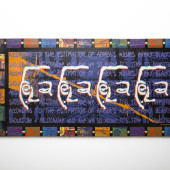 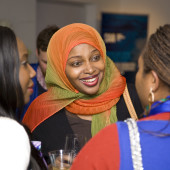 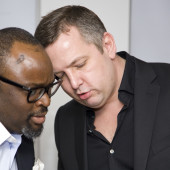 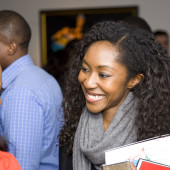 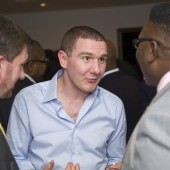 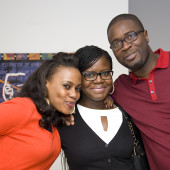 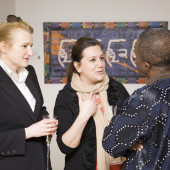 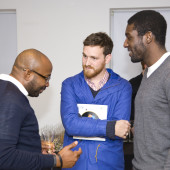 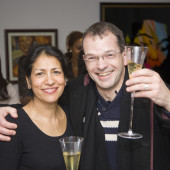 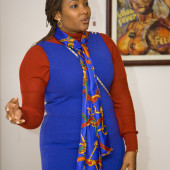 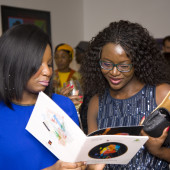 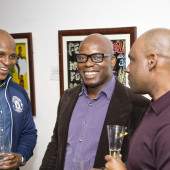 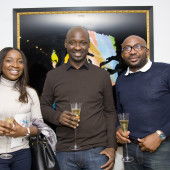 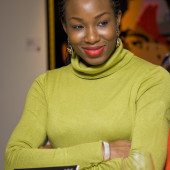 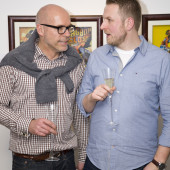